What it feels like being an immortal? How does it feel transforming into a beast on a full moon night? How does it feel having hyper senses and incredible abilities? Supernatural TV Shows answers all these questions and thus, have always fascinated the audience. The creatures that are never seen. There extraordinary powers. Vampires who are considered as merciless beasts, crying for their loved ones.

All these elements of surprise, love, care, charm, and evil are included in this genre. Here are Top 7 TV Shows About Supernatural Creatures you must watch before the end of 2018.

What better series can be to start your journey in this mysterious world. Supernatural is an American Fantasy Television Series. The show’s plot revolves around Dean and Sam, two brothers who follow in their father’s footsteps and set out to abolish demons, beasts and all other supernatural individuals that exist on Earth. Well! It’s too obvious to say that the series covers some extraordinary battle sequence between the brothers and the beasts.

The Originals covers all aspects of Supernatural creatures – Vampires, Werewolf, Hybrid, Witch and what not. The Originals is an American Television Series. It is based on the family of vampires (The Original Vampire family or first vampires) in the city of New Orleans. New Orleans is the city that they helped to construct many decades ago. In their old home, they discover new friends and new enemies. The series covers many emotional episodes that can bring tears in your eyes.

It is a Spin-off series of The Vampire Diaries. The show premiered on 3rd October 2013 and its final episode aired on 1st August 2018. Legacies is the spin-off show of The Originals. 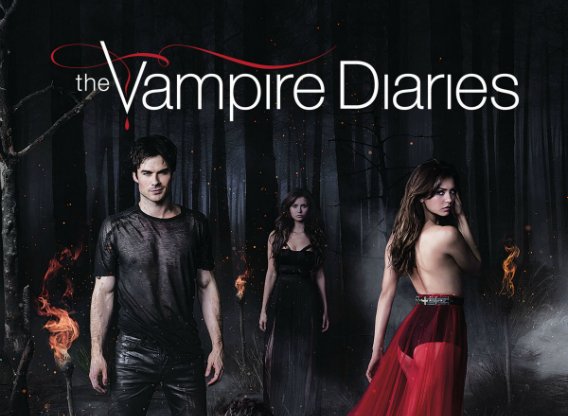 The Vampire Diaries is an American Drama Series. The plot of The Vampire Diaries consists of Elena who on her first day of the school met Stefan and feels a connection with him. Later Elena came to find out that Stefan and his brother Damon are Vampires. The Love triangles and struggle for affection makes this series quite romantic too.

Another series based on hunting these supernatural characters is Grimm. It is an American Occult detective fiction Drama Series. The Series is based on a detective Nick Burkhardt. Nick starts to see what nobody else can, gruesome monstrosity. Later, Nick realizes that he is a huntsman just like his ancestors. This ensures some massive contest between the prey and predator.

Another series which is mainly focused on hunting the Vampires is Buffy The Vampire Slayer. It is an American Drama Series. The Series is based on the 1992 film of the same name. It focuses on Buffy Summers the latest in a line of “Vampire Slayers.” They are called so because they battle against vampires, demons, and other forces of darkness. Well! It’s certainly not easy to slay these mighty creatures, which make the scenes of the series nail-biting exciting.

How can the existence of Vampires around you change the whole scenario of your life is well depicted in True Blood. True blood is Supernatural TV Drama. The story of True Blood revolves around Sookie Stackhouse. Sookie works as a barmaid in Louisiana. She has the ability to read people’s minds. Sookie’s life changed when she came to know about the existence of Vampires in her Town.

True Blood premiered on 7th September 2008, and its final episode telecast was on 24th August 2014.

A very few good series covers the plot of Werewolves, and Teen Wolf is one of them. Teen Wolf is an American Television Series. It focuses on an awkward teen, Scott McCall. Scott turns into a werewolf after being bitten by a werewolf a day before sophomore year. Now Scott needs to adapt to his new life while handling life as a teenager. This teenage life drama along with supernatural abilities is one hell of a task to handle.