Lee Min-ho is returning from Military. Fans’ can’t be more thrilled to see Lee Min-ho back on the screen. Lee Min-ho is one of the most popular, admired and followed celebrity. If you want to watch the best performances of Lee Min-ho, we have got you covered. Here are the Best Korean Dramas’ of Lee Min-ho You Must Watch –

The Heirs is one of the most famous drama in the K-Drama’s history. Lee Min-ho was loved all over the world for his character in this drama. This Romantic 20 Episode series premiered on 9th October 2012.

Lee Min-ho also recorded a song for the drama. Name of the song is Painful Love (literal title of “Ahpeun Sarang”).

The Heirs pursues a group of wealthy, privileged high school students. These students are about to take over their families’ business empires, surmounting obstacles and progressing every step of the way.

Lee Min-ho portrays the character of Kim Tan. Kim is a wealthy heir to a giant Korean conglomerate called Jeguk Group. Choi Jin-hyuk plays the role of Kim Won who is Kim Tan’s elder brother. Won exiles Kim Tan to the U.S. as he tries to take control of the family firm.

Kim Tan meets Park Shin-Hye in the U.S who plays the character of female lead Cha Eun-Sang. Eun-Sang went to the U.S looking for her sister. Kim Tan falls in love with Cha Eun-Sang despite being engaged to Yoo Rachel. Kim Ji-won portrays Yoo Rachel. Yoo Rachel is also an heir to a wealthy empire.

The Heirs also star Kim Woo-bin who pursue the role a friend turned foe of Kim Tan – Choi Young-do. The situation gets complicated when Choi Young-do also falls in love with Cha Eun-Sang. This happens when all of the cast return for their school in Korea. The Heirs see more ups and downs when Kim Tan have to choose between the family business or love.

2. The Legend Of The Blue Sea

The Legend Of The Blue Sea is an extraordinary drama for the fans’ of Lee Min-ho as it was the last drama he did before entering in the military. This 20 episode drama released on November 16, 2016.

Legend Of The Blue Sea covers the plot of two different eras.

The first era is of the year 1598. Lee Min-ho portrays the character of a newly designated governor Dam Ryung. Dam Ryung tarries for a night at an inn run by Mr. Yang characterized by Sung Dong-Il. Dam Ryung is presented with a mermaid named Sim Chung (Gianna Jun) by Mr. Yang. Later, Dam Ryung releases that mermaid, saving her life and giving her freedom.

The next era continues at present, where Lee Min-ho pursues the character of Joon-Jae who is a conman. The scenario takes shape in a manner that Sim Chung meets Joon-Jae and the storyline proceeds with that. 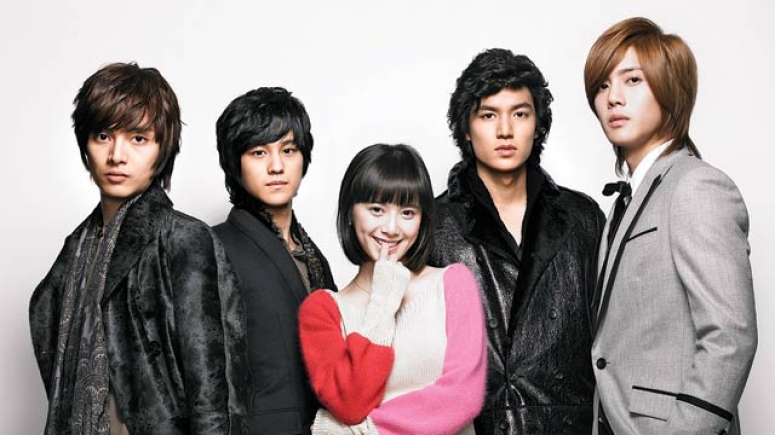 Boys Over Flowers is one of the favorite choices for all the teenagers around the globe when they start watching K-Dramas. This is due to the storyline of drama which covers romantic love story of teenagers beginning at the school time. Isn’t it the dream of every teenager?

Boys Over Flowers focuses on the character of a poor girl named Geum Jan-Di portrayed by Hye-Seon Ku. Geum Jan-Di is a highly motivated and passionate girl who gets admission (by chance) in a very prestigious school.

This school consisted of a group of 4 wealthy, handsome boys. This group is known as the F4. Lee Min-ho pursues the role of the leader of F4 – Koo Jun-Pyo. The rest three boys of F4 are So Lee-Jeong (Kim Beom), Song Woo-Bin (Kim Jun), and Yun Ji-Hu (Hyeon-Jung Kim).

The cute and adorable love story between Koo Jun-Pyo and Geum Jan-Di gives butterfly in the stomach of viewers. Their love tale travels along them from Seoul to New Caledonia to Macau.

Boys Over Flowers is originally based on a manga series “Hana Yori Dango” by Yoko Kamio which is also the original title of the series. 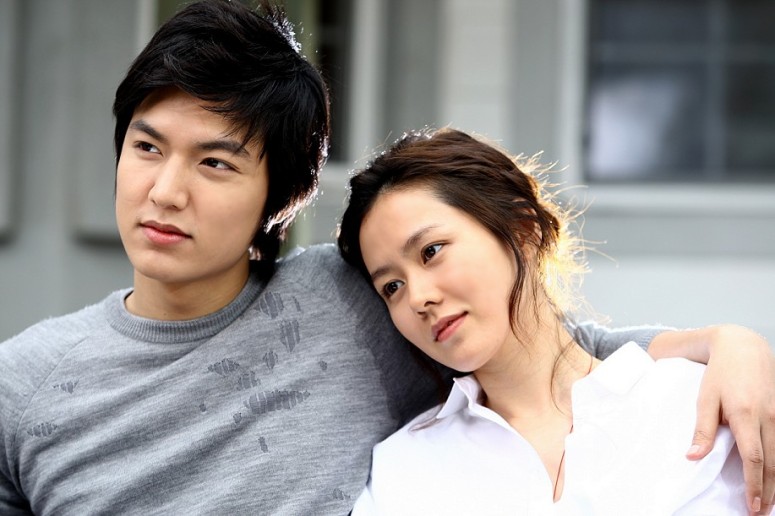 The literal title for this Drama is “Personal Preference” whereas “Personal Taste” is English Title. This Romcom drama delivers some charming, funny and adorable moments which brings shine in the eyes of its viewers.

Personal Taste follows the story of a young, handsome and stylish boy Jin-ho Jeon characterized by Lee Min-ho and a recently hear-broken girl Gae-in Park played by Son Ye-Jin. Gae-in Park is now looking for a gay room-mate because she doesn’t want to feel any love affection for her. Jin-ho Jeon who wants to live with Gae-in Park pretends to be gay, and their cute love story began. Though Jin-ho Jeon is a bit self-centered person with an obsession for cleanliness, his effort for Gae-in Park put a massive smile on the face of the viewers.

A 2007 novel named “Gaeinui Chwihyang” written by Lee Sae-In stands as a basis for Personal Taste. The Drama consists of 16 episodes, and it premiered on March 31, 2010.

City Hunter covers all the genre of Drama’s that can push your heart beat up: Crime, Thriller, and Romance. The drama consists of 20 episodes. If anyone wants to see Lee Min-ho in full throttle action, performing breathtaking action sequence, well! City Hunter is the right choice for you.

The series follows the consequences that arise due to a – sort of – betraying scenario. Lee Min-ho portrays the character of Lee Yoon-sung who is trained and willed to take revenge for his adoptive father.

Watching Lee Min-ho in revenge mode and as a smart, deductive person is undoubtedly a delight for the audience. The scenario and challenges that arise during the task Lee Min-ho is doing, creates a lot of excitement and thrill in City Hunter.

Faith is also known as The Great Doctor. This drama covers the Medical, Fantasy, Time-Travel and the most apparent – Romantic genre. Faith consisted of 24 episodes and premiered on August 13, 2012.

Choi Young travel through the time to bring Dr. Yoo Eun-Soo in the Goryeo Period through a portal in order to save the life of Princess Nogoog, who is nearing death. How Choi convinces Dr. Yoo for that, is a wonderful scenario to watch in Faith.

7 First Kisses follows the story of a girl named Min Soo-jin (Lee Cho-hee) from Lotte Duty-Free store who has never been in a relationship before. Min Soo-jin then meets the goddess of date (Choi Ji-woo) who grant her an endeavor to choose the ideal partner for her first kiss among seven men.

Who Min Soo-jin chose for her first kiss makes this series an exciting one to watch.

Tell us your favorite moments from these Drama’s of Lee Min-Ho. Also, comment about any drama you want to add in this list.