Saitama is ready to give a happiness punch to all the anime lovers with One-Punch Man Season 2. As fans already know that One Punch Man is officially confirmed for its Season 2 and it will be releasing soon. Thanks to the new promo trailer of One-Punch Man Season 2, it is scheduled to drop in early April. Everyone is excited about the return of their favorite character after a massive wait for more than two years. The last episode of One Punch Man Season 1 aired on 8th October 2016. From then, everyone is waiting for the return of their mighty hero, and he is here now!

In the first season, we had seen some bigger baddies, fearsome fights, life-threatening situations. But overcoming these Saitama has knocked down every villain in the series with his one punch without any struggle. Moreover, Saitama is left continuously disappointed as he can’t find any villain that can match his power. After watching the promo fans can feel the punch in the gut with the animation far from a knockout.

A lot is expected from the upcoming season of One-Punch Man and a stronger, mightier, and more horrifying villain lies on top of that list. Well, we will see how that our wish get fulfilled or not in One Punch Man Season 2.

So how the second season of this anime will take shape? What will happen in the show? How is the animation? When will it release? Who is the villain? We got you all covered for the One-Punch Man Season 2.

The Main Villain In The One-Punch Man Season 2

Based on the events that laid out in the manga of the series and what’s been shown in trailers we can speculate what is going to happen in One-Punch Man Season 2. Warning!!! Major Spoilers ahead.

ComicBook.com states that season 2 will be the animated version of manga’s Human Monster Saga. But it is not confirmed how many events will be covered in the new season.

The new season will feature a mysterious man named Garou. Garou will show up as the world’s greatest and strongest villain. He will be S-class new threat to the earth. This new hero hunter can assure some fantastic fighting scenes and exciting twists.

Moreover, Garou is the former pupil of S-class hero Silverfang’s martial art dojo. As a kid, Garou used to believe that monsters’ losing to Heroes’ is a tragedy. Later on, he concluded that superheroes are annoying and they should be challenged to death by a villain. Well, that indicates the hatred and determination he has against the heroes, and it will be an eye-catching scenario when he faces Saitama.

How The Plot Will Proceed In Season 2

In the recent trailer, Garou talked about his commitment to become an unbeatable villain. He tends to gain more power and become sharp in fighting skills. This all-new season of One Punch Man will show you the best version of strength vs. skill fight. Garou will head to prey all the top class heroes in the world. As he takes down heroes one by one, fear of him proliferates. Ultimately, pursuing on his path will lead him to the greatest heroes, and his biggest villain Saitama.

In return, Saitama will find his opportunity to have a good long fight with someone as strong as him. After years of waiting, he will have a real challenging fight. For very long, Saitama has been waiting for a competitor worthy of challenging him. OPM Season2 might deliver his wishes with Garou. So we can assure that Saitama will no longer be bored from the unworthy villains and this time he is going to face a real threat against him. 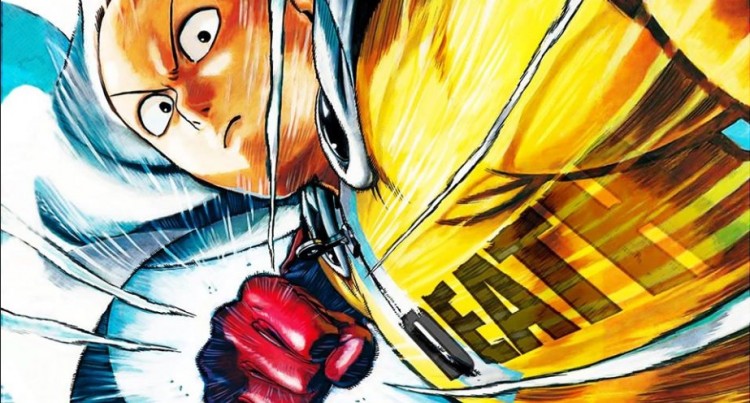 We suggest fans to look forward to the action scenes that will have your heart racing. The fantastic battle sequence between Saitama and Garou will blow your mind, leaving you completely awestruck. With the amount of action and thrill, One-Punch Man Season 2 also promises to have some comic scenes. Saitama is coming back to make the audience go crazy with his funny yet compelling character.

Related: Ace Of Diamond Season 3 Releasing Tomorrow, All You Want to Know Is Here.

The Animation Of One-Punch Man Season 2

look at what they did to one punch man season 2 😡
I hope that this is not gonna turn out to be like the tokyo ghoul anime series pic.twitter.com/iBWgpBuDOt

This might have happened because of two reasons. Firstly, OPM Season 2 is not developed by the animation company Madhouse (Death Note, Black Lagoon, Trigun), which made the first season. Instead, the second season is created by J.C. Staff Production (The Disastrous Life of Saiki K, Food Wars! Shokugeki no Soma, High Score Girl). Secondly, there is a change in the Directorial front too. Shingo Natsume (Welcome to the NHK!, Space Dandy, Fullmetal Alchemist: The Sacred Star of Milos) directed Season 1. Whereas, One-Punch Man Season 2 is directed by Chikara Sakurai (Naruto, Wolf’s Rain).

Character Designs For The Season 2 Of One-Punch Man

Character designs for the upcoming season of One-Punch Man are also out. We can see Genos all build up and muscular with his beefed-out arms. The design features a more angular jaw, along with those trademark hair and eyes.

Well, it has been a long two and a half year when OPM was off our screens. So when it is coming back, everyone wants more and more of it. However, there is no official patch to this, but speculations are around that the series will have another 12 episode run.

These rumors have disheartened the fans of the Anime a bit. As everyone was expecting an increased number of episodes or that it would run for two cours.

One Punch Man Fans, this April you don’t have to worry about the April Fool’s day pranks because Saitama is coming back with the second installment. The One Punch Man Season 2 is set to be aired on 2nd of April in Japan. In the United States, it will premiere on Hulu on the 9th of April.

Well, now we have to wait a little bit more to see Saitama in action.

Moreover, we all have the same question in our minds: What are the villain’s true intentions? Is Gorau strong enough to put up a fight with Saitama, or will it end with just one punch? What if Gorau will dominate Saitama? All the answers are there in the new installment of the one of the most loved Anime across the world, One Punch-Man. Stay tuned with us to get further updates on your favorite superhero in One Punch Man Season 2.